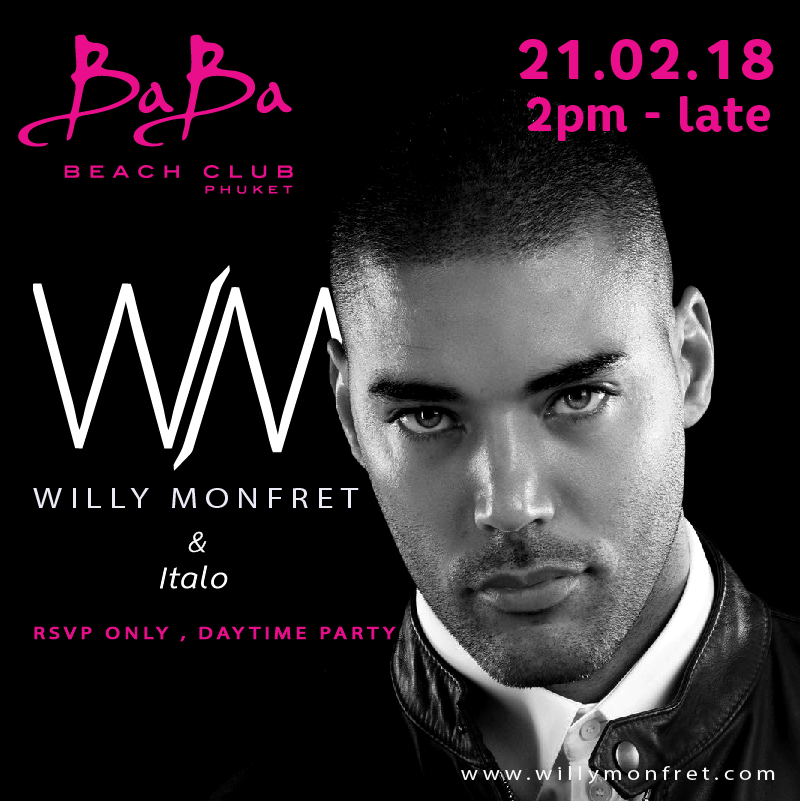 The multi talented DJ, model, producer and actor Willy Monfret,  France, Monfret has made a name for himself as an international top model seen on the covers of various magazines and campaigns for Ralph Lauren, Vogue, Benetton, Revlon and L’Oreal. Both born and raised in Paris, he later branched out into acting appearing in music videos for Nicki Minaj and critically acclaimed short film, Love Bug, by award-winning director Ramazan Nanayev and more. Through his travels and working around the world he quickly discovered his passion for music and Dj-ing.