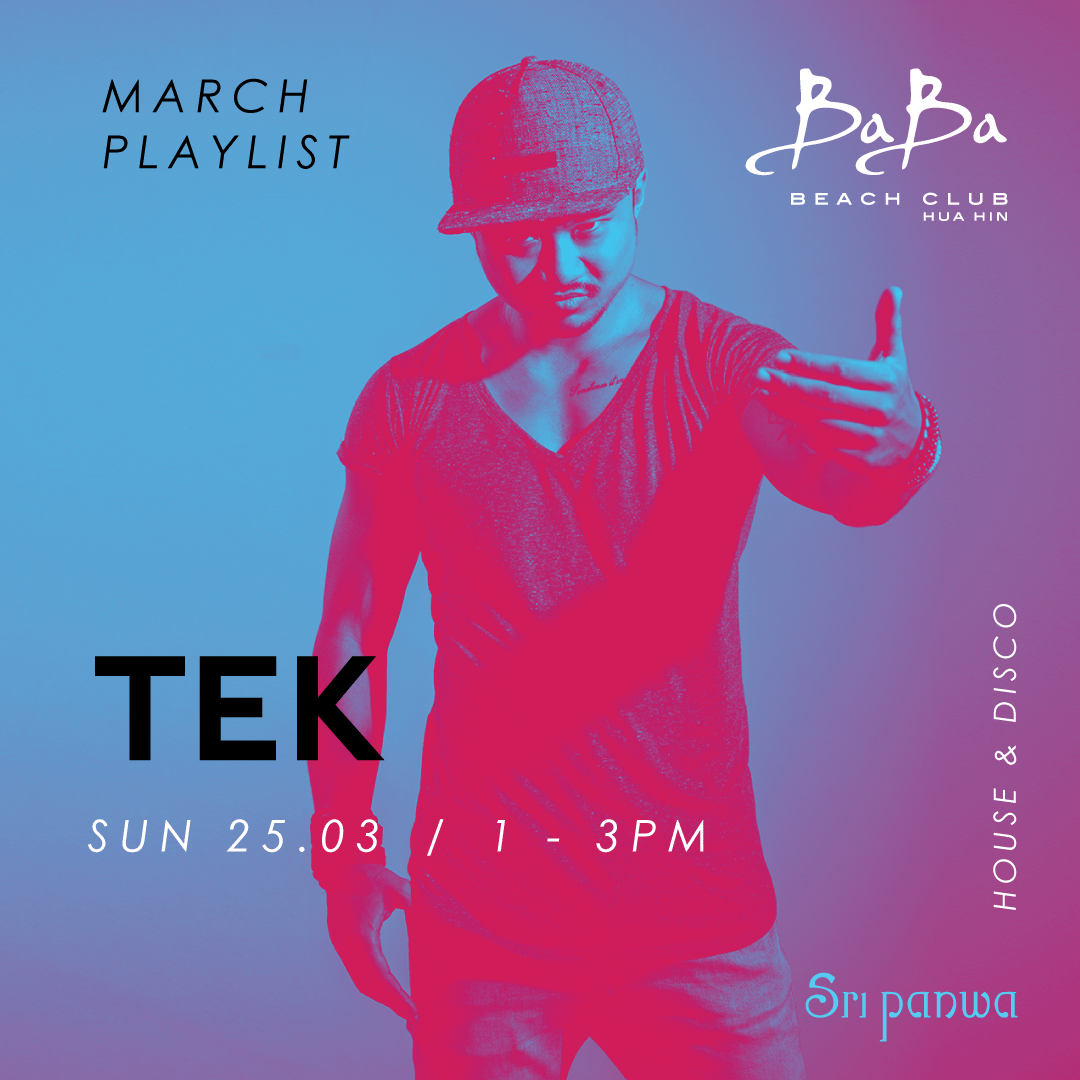 On the 25th of March, we welcome the talented Tek Harrington to Baba Beach Club Hua Hin, playing House & Disco beats. Spend your Sunday by the beach with great music, ending your weekend on a high note.