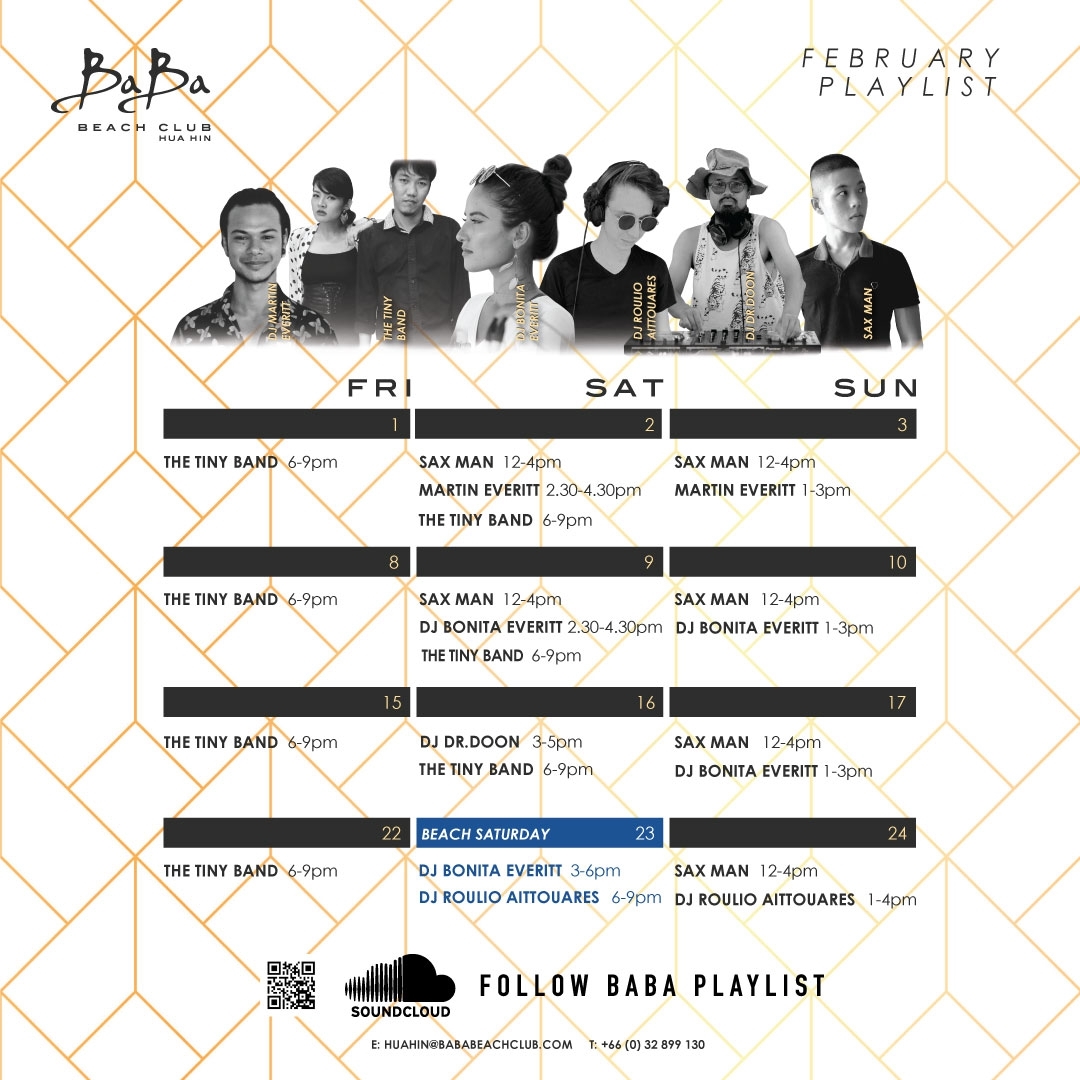 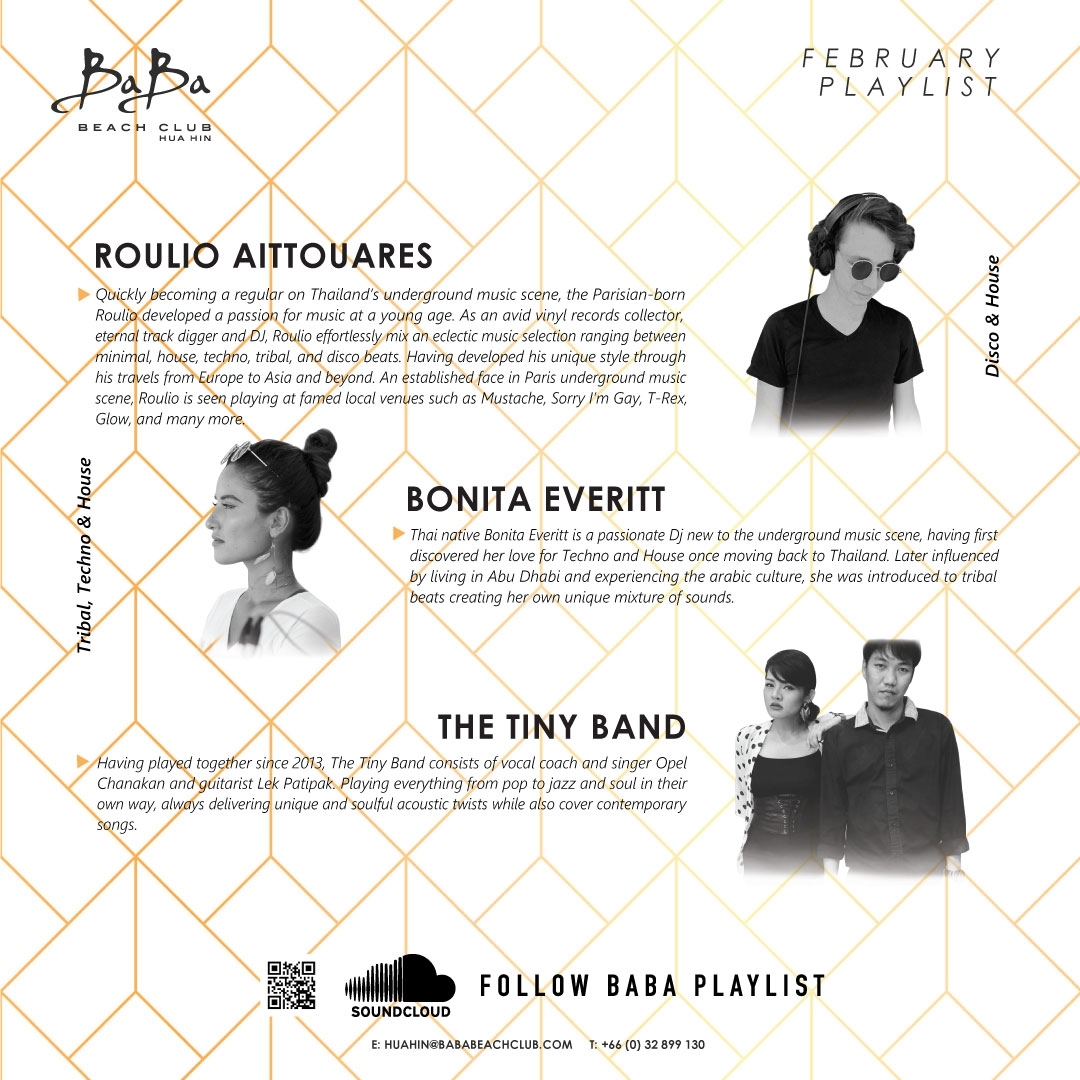 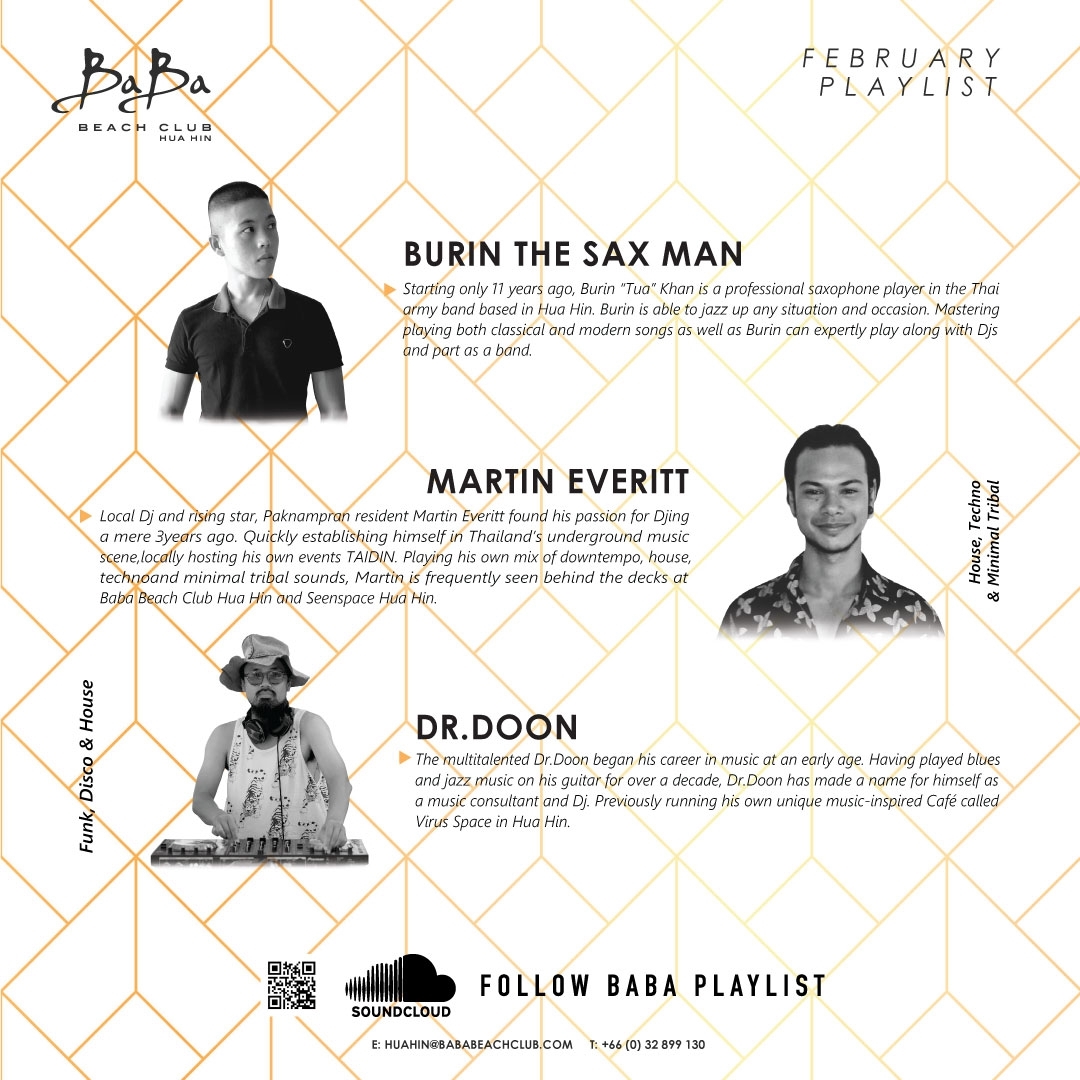 Our February Playlist at Baba Beach Club Hua Hin is here so sit back, relax and enjoy the Baba Vibe with live performances by our resident acoustics band, The Tiny Band, and our dynamic saxophonist Burin The Sax Man, alongside local talents Dj Bonita Everitt, Dj Dr.Doon and DJ Martin Everitt.

We are finishing off the month hosting our monthly BEACH SATURDAY with a guest visit by the talented French Dj Roulio Aittouares for a weekend escape with Disco & House beats. Make sure to join us at Baba Beach Club Hua Hin for a day at the beach filled with great music, delicious food, cool cocktails, and more.