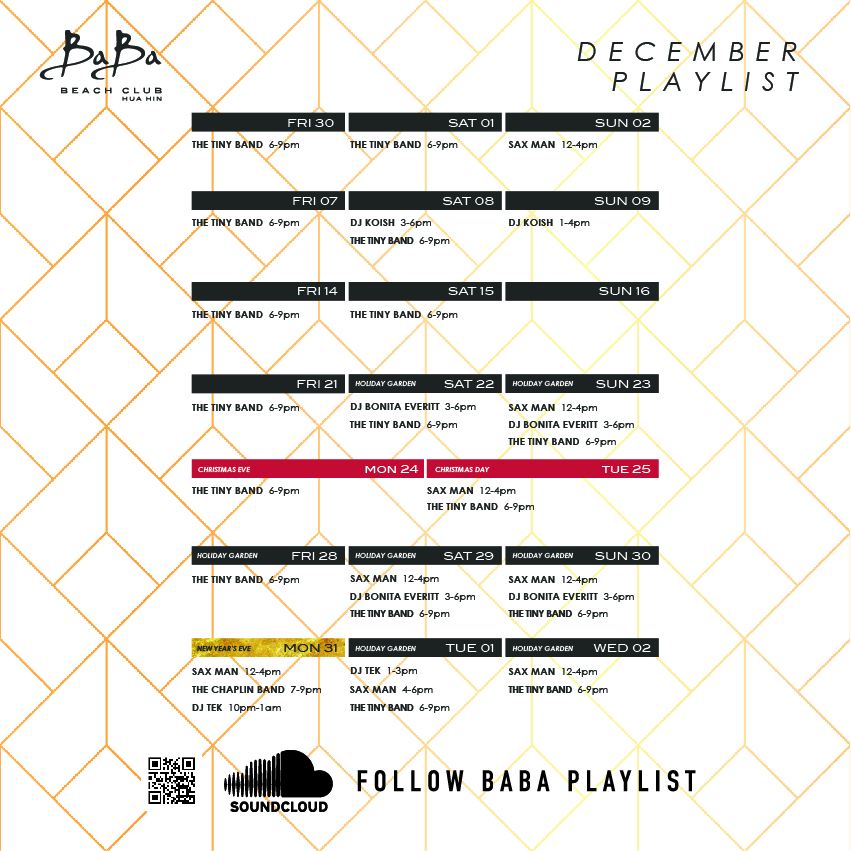 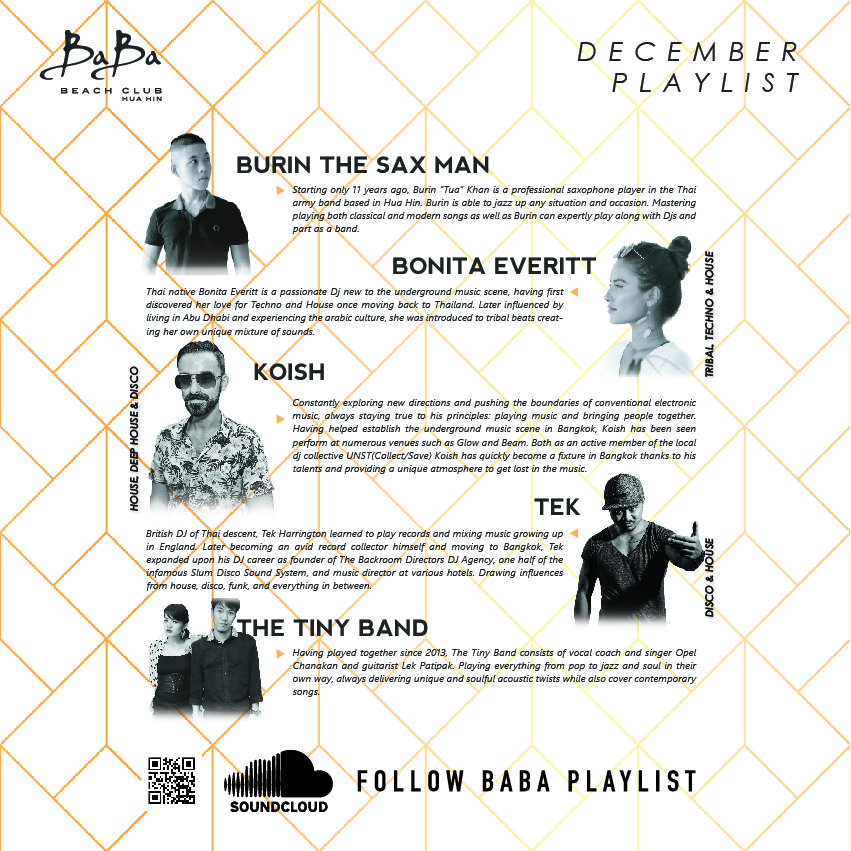 We are proud to present this month’s playlist at Baba Beach Club Hua Hin with live performances by our resident acoustics band, The Tiny Band, and our dynamic saxophonist Burin The Sax Man. Alongside local talent Dj Bonita Everitt and skillful Guest Djs: KOISH and TEK.

Ringing in the new year in signature Baba Beach Club style with live entertainment by the beach. Live music by The Chaplin Band, along with disco and house beats by Dj TEK for a night to remember with family, friends and loved ones.

British DJ of Thai descent, Tek Harrington learned to play records and mixing music growing up in England. Later becoming an avid record collector himself and moving to Bangkok, Tek expanded upon his DJ career as founder of The Backroom Directors DJ Agency, one half of the infamous Slum Disco Sound System, and music director at various hotels. Drawing influences from house, disco, funk, and everything in between. Having played at bigger music festivals such as Quest, Kolour, and Wonderfruit, as well as supported artists like Todd Terry, Joey Negro, Dimitri From Paris, Francois Kevorkian, John Morales, and Dicky Trisco.