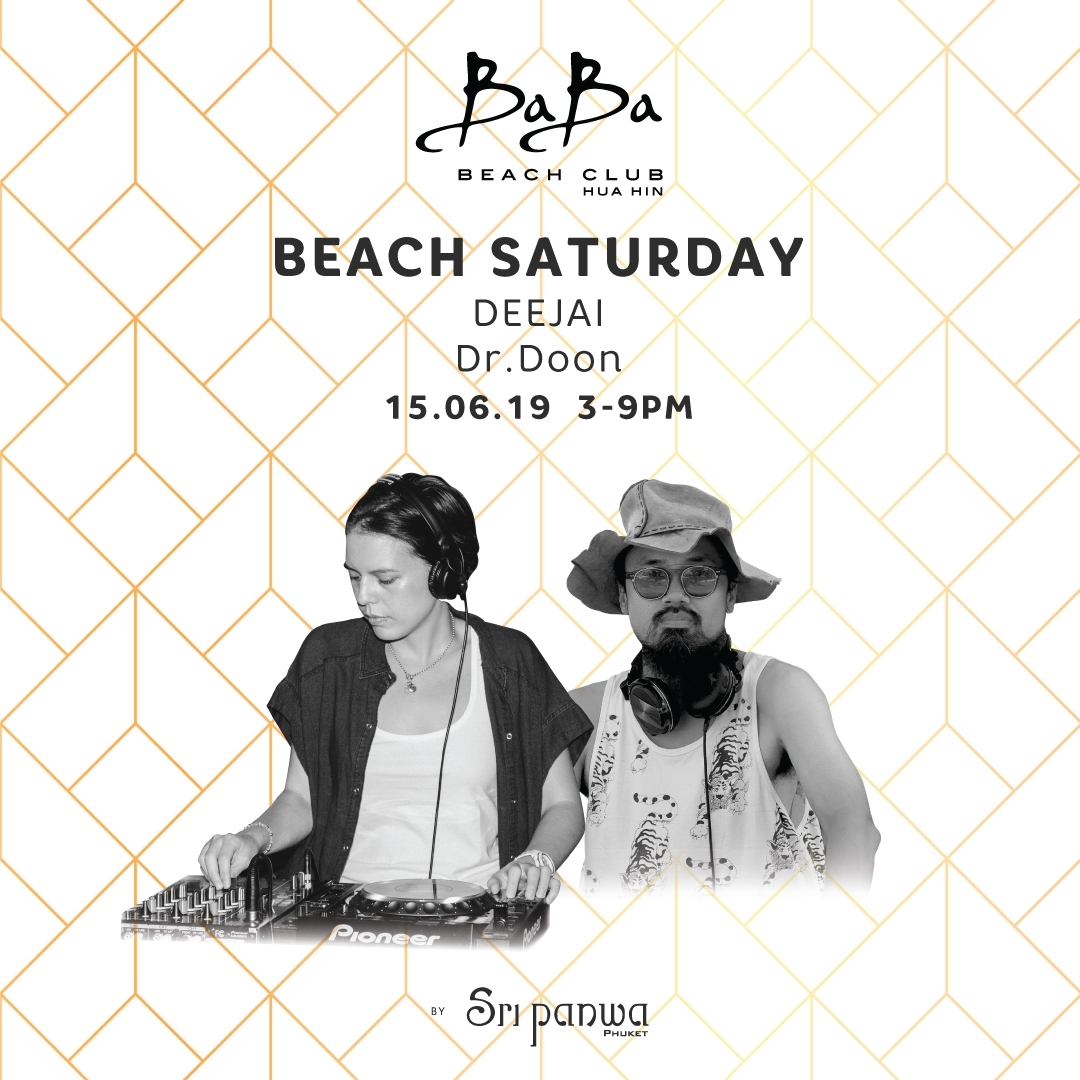 We are welcoming Thai Dj Deejai for a day by the beach for our monthly BEACH SATURDAY with the best entertainment on Saturday 15th June. Starting in the early afternoon with support by local talent Dj Dr.Doon, our BEACH SATURDAYS are all about the music & beach vibes. So make sure to join us for a weekend escape at Baba Beach Club Hua Hin enjoying the very best beats, cool cocktails, #babavibe & al fresco barbecue!