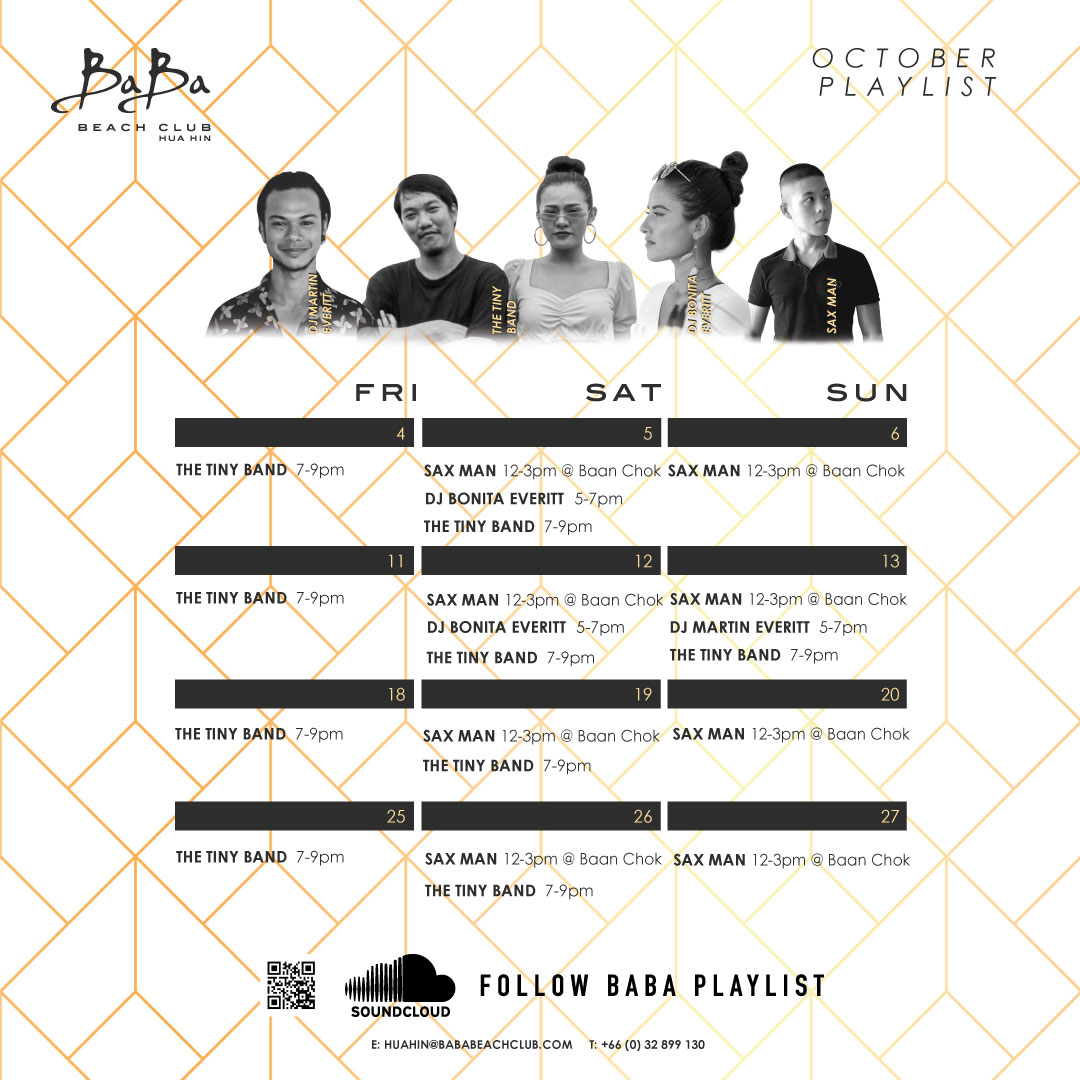 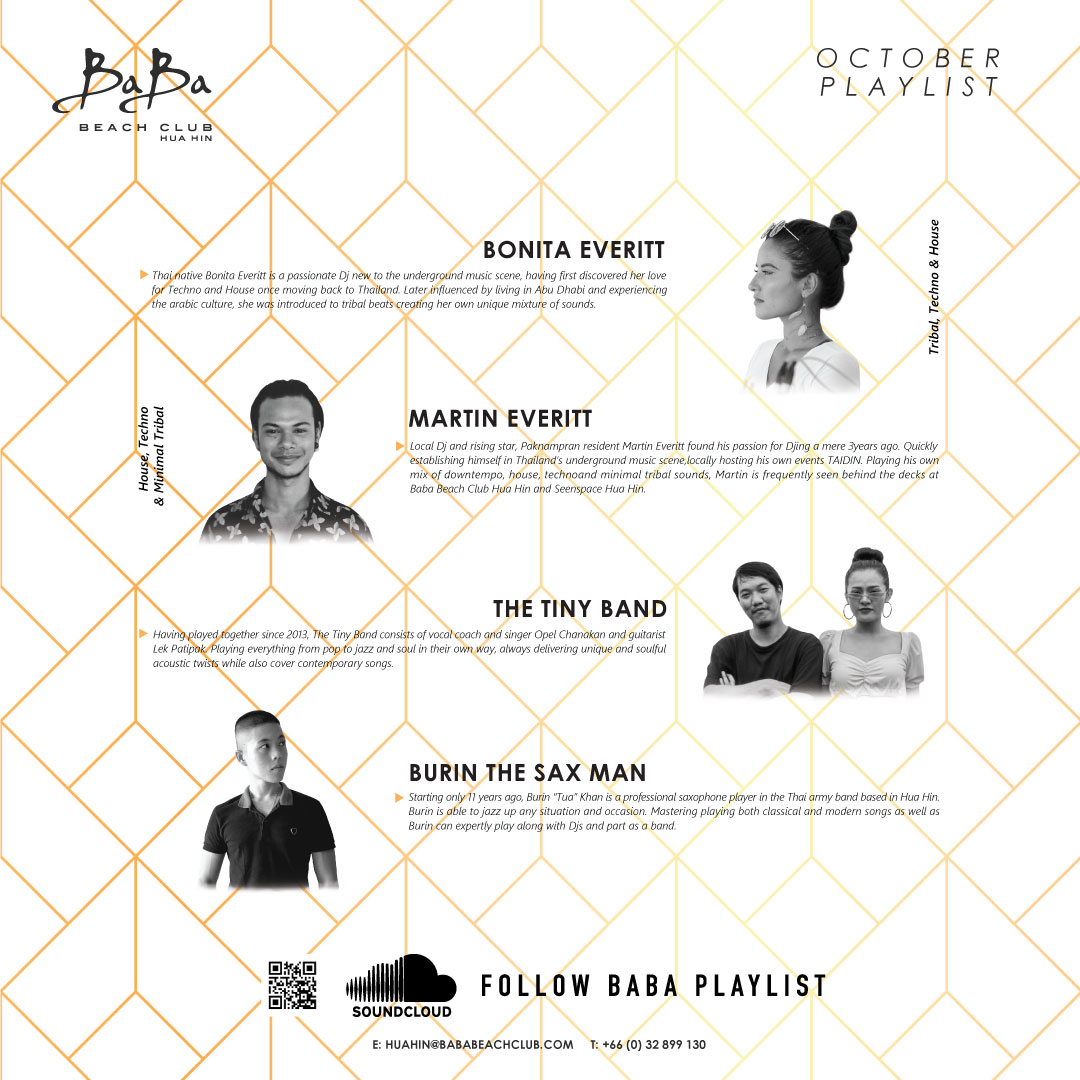 Sit back, relax and enjoy the Baba Vibe at Baba Beach Club Hua Hin with live performances by our resident acoustics band, The Tiny Band, and our dynamic saxophonist Burin The Sax Man, alongside local talents Dj Bonita Everitt, and Martin Everitt.