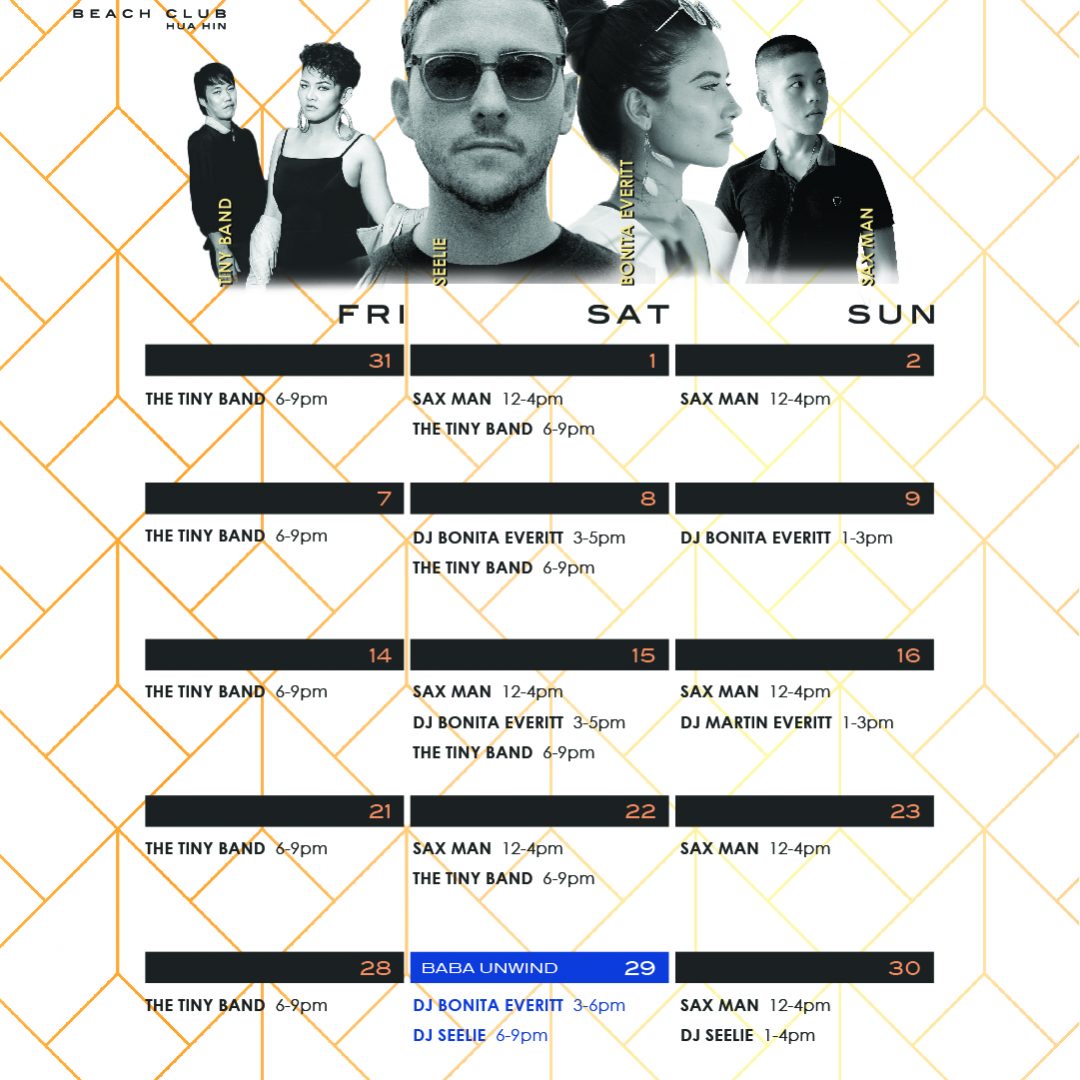 We are proud to present this month’s playlist at Baba Beach Club Hua Hin with live performances by our resident acoustic and vocals band, The Tiny Band, and our dynamic saxophonist Burin The Sax Man, alongside local talent Dj Bonita Everitt. Setting the tone in signature Baba Beach Club style welcoming additional guest dj Seelie for exclusive sunset sessions by the beach.

With yet another Baba Unwind Saturday held on the 29th of September, celebrating the last Saturday of the month by the beach. So make sure to join us for a relaxing weekend escape at Baba Beach Club Hua Hin filled with great music, delicious food, cool cocktails, and more.

As a Dj, producer, and insatiable record collector for over 15 years, Seelie began his career in Manchester, UK, with his distinct and timeless sound. Quickly becoming one of the best resident Djs in the UK, performing at renowned warehouse parties and releasing his own vinyl records with UK powerhouse One Records. Producing a collection of remixes for a variety of artists by the likes of legendary Dj Ali and having played alongside artists such as Chez Damier, Derrick Carter, and Move D. Making a name for himself performing across both Europe and Southeast Asia, seen at Barcelona’s Sonar Festival and club institutions such as The Observatory in Saigon, Beam in Bangkok, and more.